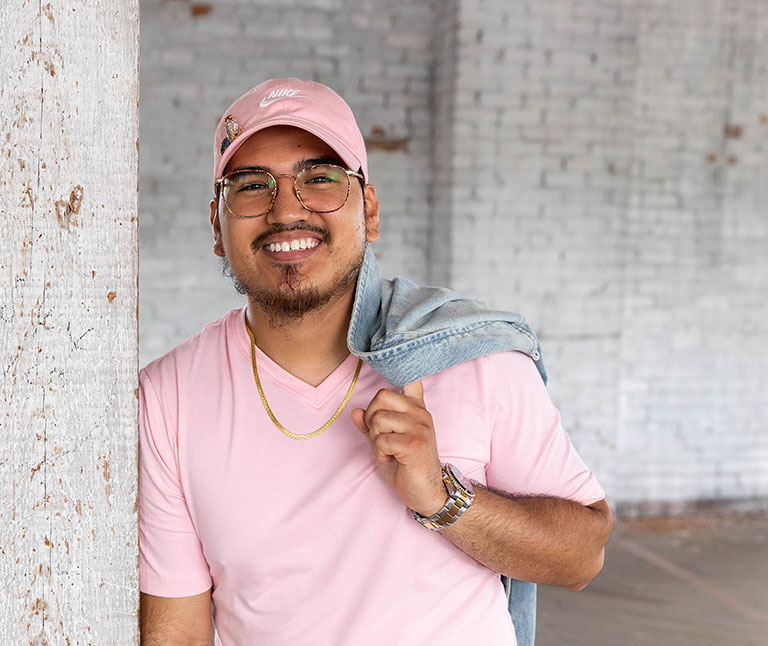 Alejandro was born in Brownsville, TX. At the age of 6, a family tragedy caused him and his family to move to Kalamazoo. Due to situations and circumstances around him, Alejandro began using drugs at an early age, joined a gang, and became caught up in a life of crime. While this lifestyle led him to incarceration, it also started him on his journey of faith.

Upon his release in 2013, Alejandro heard that his then-rival Esto had helped start a program called Momentum. While hesitant at first due to their history, he came around after finding out that they were both on similar life journeys. Alejandro began volunteering with Urban Alliance and then later enrolled in the Momentum program, graduating in 2017. His desire to give back and change lives has led to the creation of his two nonprofits, Changed in Christ and Healing of the Hood.

Alejandro officially joined the Urban Alliance team in May 2021 as a Connections Coordinator. When he is not working, Alejandro enjoys spending time with his two children, going to church, and hosting events in the community. Alejandro lives his life in a way where he doesn’t sit with the lost and broken because he thinks he can fix them, “I sit with them because I understand that in a way, I am broken too.”